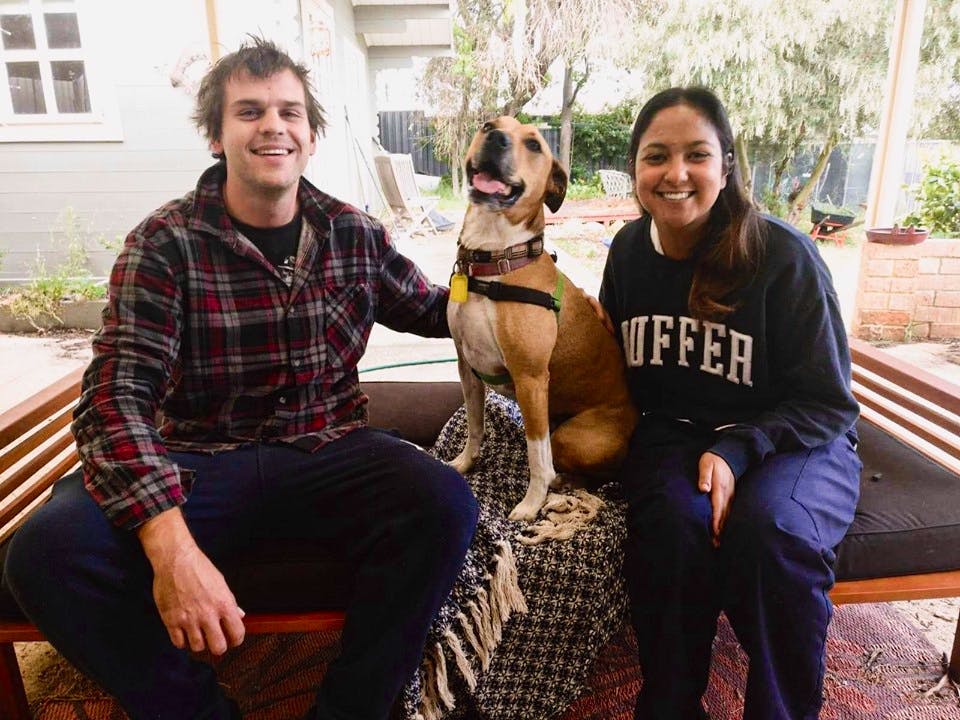 Some of you may know that Orazio, one of our long-termers was officially adopted last weekend, so we’re sharing their happy-snap with you this morning.

Razzie’s story started with us in mid 2017, when he was collected from a pound after not being claimed :(.

When Raz arrived at the shelter, he was understandably very stressed out. A few weeks had passed and he didn’t seem anymore comfortable with his situation, so he was spending time in the office to have a much-needed break from kennels.

Even though he enjoyed his office time, there’s no place like home, and unfortunately the hustle and bustle around the Refuge was still too much for him.

We searched high and low for a foster carer to no avail, so our Volunteer Coordinator at the time, decided to take him home over night as much as she could.

Just over a year later, Emma and Jess responded to one of our desperate call-out’s for a foster home for Raz, and they opened their hearts and home to take care of him for almost a year. Because Raz was so stressed from being in the shelter environment for so long, both Emma and Jess were dedicated and did lot’s of training with him to help get him ready for adoption.

Razz’s story highlights the very important role our foster carers play and how it ultimately got Raz into his forever home, so we want to say a HUGE thank you to Emma and Jess for all of their hard work and commitment <3

Raz is now off to start his new life with Chris and Navitha, who are very excited to have Raz join their lives. Once he has had time to settle in, we’ll post an update on our page for all of his fans <3

Have a great weekend!